If you have read through this site, you know that sea sponges are the latest frontier in the fight against cancer. These ancient creatures hold much promise in treating a number of human ailments, thanks to the powerful toxins produced by bacteria living within their tissues. 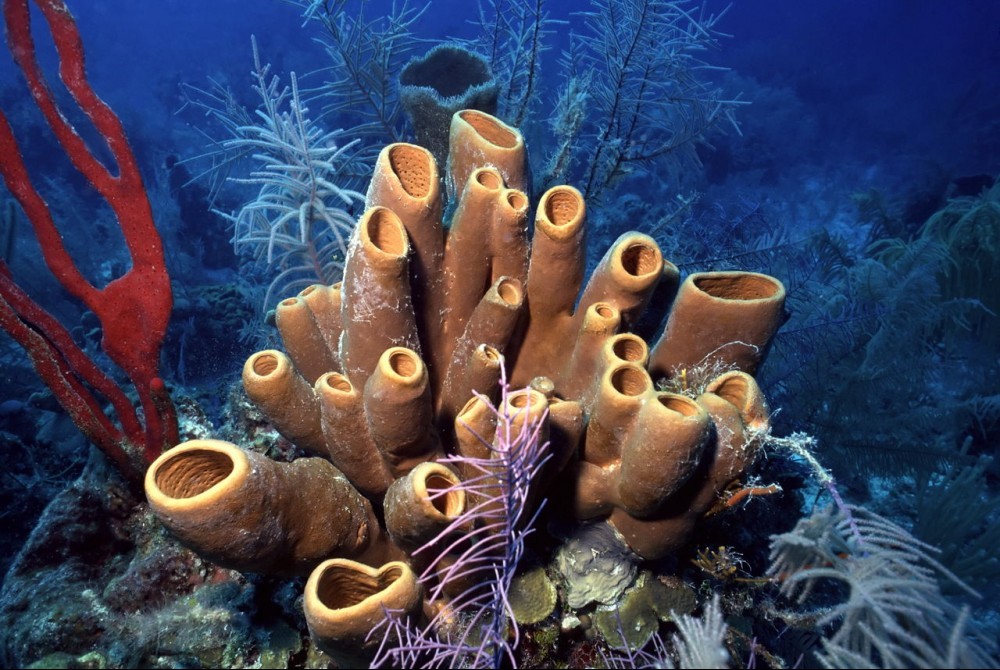 Many people seek to fight cancer naturally; they seek, at the very least, to avoid the insufferable side effects of traditional treatments. Sea sponges offer hope for a more effective way to combat a number of diseases including cancer, while avoiding the debilitating side effects of standard treatment.

The biggest challenges researchers face, however, is how to make the cancer combating substance found within sea sponges available to the public. A main hurdle has been the remote locations in which these particular sponges are found, as well as the sheer amount of that given substance needed to treat our affected population.

Synthesizing this cancer-fighting compound has been seen as the only way to make it available for use by the public; however, this has been a near impossible task until now. Researchers have recently learned how to synthesize large enough amounts needed to begin human trials.

This can open a whole new door for the treatment of cancer. The sea sponge holds many secrets; various have been discovered and are being developed in the areas of medicine, information and communication technology, as well as architecture and engineering. It is in our best interest to protect sea sponges and the oceans in general; it will help preserve our much-needed planet, as well as further develop many of our greatest discoveries.

We have been looking to nature for solutions to ailments for millennia; it is the archetypal pharmacy. The oceans represent our latest attempts to fight cancer naturally. As a matter of fact, in recent years we have made considerable progress using sea sponges to fight cancer and other diseases. It’s wise for us to keep an open mind and see the array of options available when seeking medical treatment. Nevertheless, always consult with your doctor before deciding on any given regimen.

When considering any treatment, It’s best to seek evidence which supports the claims made by those making the product.

Traditional ways of fighting cancer have debilitating side effects that make the experience worse than it has to be. Sea sponges have shown to be more effective without producing any side effects. It’s as if nature knows the perfect cure for any ailment – think of the potential cures we could be missing as deforestation and coral bleaching continues.

A consistent hurdle to the access of these sponges has been the remoteness of their habitats. They are often found to live in deep waters; a good example of this is the deep-water Alaskan green sponge. 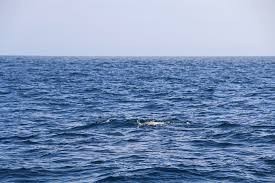 This particular sponge has been found to be promising in fighting cancer, such as the highly aggressive pancreatic cancer.

Another problem is that the amount of the cancer-fighting substance we are able to extract from the sponges we retrieve is simply not enough.

Technology has been evolving at breathtaking speed; for this reason, even the most complicated challenges cannot be deemed impossible.

Much Of A Good Thing

As far back as thirty years ago scientists were struggling to synthesize a single gram of halichondrins – the cancer-fighting molecules found in the porifera known as the breadcrumb sponge (Halichondria panicea). The procedure was fairly complicated; it required 100 steps to produce just 1% of the total amount of ingredients used to make it; the result is a synthesized molecule known as halichondrin B.

Now things look more promising; scientists from Japan and Harvard have come up with a method to synthesize slightly over 11 grams of this cancer fighting molecule (Gizmodo). You may think this is an insignificant amount, but it is good enough to begin human trials.

This important discovery will determine if this sea sponge derived synthetic molecule can help us fight one of the deadliest diseases known to humankind. I’m optimistic, since his particular molecule has been shown to aggressively attack tumors in mice as well as in dishes in the laboratory.

Nature guards her secrets well; sea sponges are known for producing powerful toxins that have anti fungal and antimicrobial properties. But, why are these substances produced by the sponge in the first place?

Every Sponge For Itself

Sea sponges stay put in one spot throughout their lives; this means they cannot get away from any threat or defend their territory. Thanks to symbiotic bacteria that live within the sponge’s tissue which produce a powerful toxic substance, the sponge is protected from the overwhelmingly majority of predators. 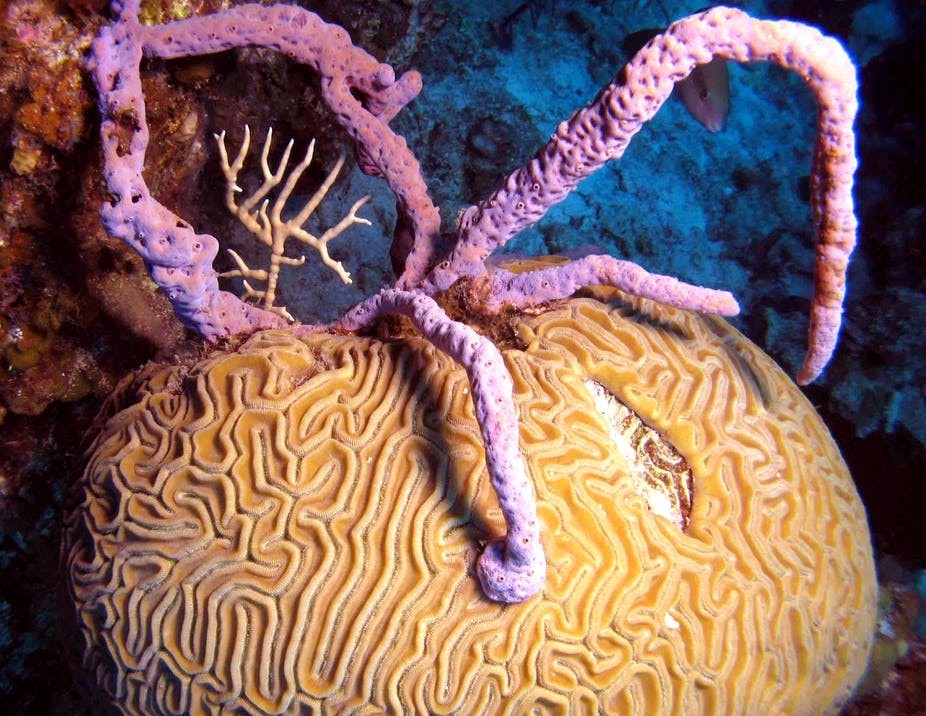 As you know, coral reefs are full of life and there is much competition for space. This can be especially true for organisms that like to remain fixed in one location, such as coral and sea sponges. These two animals are in a perpetual stand-off for space; this is when the sea sponge makes use of its powerful chemical cocktail to dissuade a neighboring coral from coming any closer.

The same goes for other sea sponges that may be venturing to close. It looks like it’s every sponge for itself when it comes to a place to settle down.

Besides being tough to swallow these long time survivors have been using chemical defenses for hundreds of millions of years in order to survive predation. Now they are ready to share their secrets to success and help us stay safe from some of our biggest threats.

Nature not only sustains us and maintains us but it also helps us to live great lives; scientists have always known this. Now they are looking to the world’s oceans for the new frontier in the search for the cure for cancer. People have known for millennia about the usefulness of sea sponges, while more recently scientists have become aware of its great potential in medicine, information, communication, architecture and engineering. Only time will tell how much this prehistoric and simple animal will advance our modern lives.

Three decades ago, scientists were able to synthesize a cancer-fighting molecule found in the breadcrumb sponge. This, however turned out to be a very difficult process that didn’t yield enough amounts to begin human trials. Nowadays, however, the science has advanced significantly; scientists from Japan and Harvard have been able to synthesize enough of the molecule halichondrins to start human trials. This discovery has great potential to revolutionize how we deal with cancer by giving people more hope and less suffering. For it is not simply more time that we seek, but also to maintain the quality of the life we have.

Sea sponges hold the proverbial torch of survival; they have been doing so from time immemorial. For longer than we can imagine they have been warding off threats to their survival using powerful chemical cocktails produced by bacteria who make their home within their tissues. This makes the immobile sponge a force to be reckoned with.

This relatively simple animal is ready to share with us the secret of its success. It’s up to us to preserve their habitats, and if we do, we’ll be rewarded with untold treasures.

n an effort to be completely transparent, I want to let you know that I have an affiliate relationship with some of the companies whose products or services I recommend.

This means that, at no additional cost to you, I will earn a commission or credit if you decide to buy any of their products or services.

This is one of the ways I pay for maintaining this site. Just to be safe, you can assume that any link that you click while on my site or using any of the products is an affiliate link and I will earn compensation as a result.

I urge you to not spend any money on any of these products or services unless you really need or can afford them.

Have you or anyone you know have been affected by cancer? Are you willing to consider the sea sponges’ potential to fight cancer without the harmful side effects? Please leave your comment below.

Thank you for stopping by,